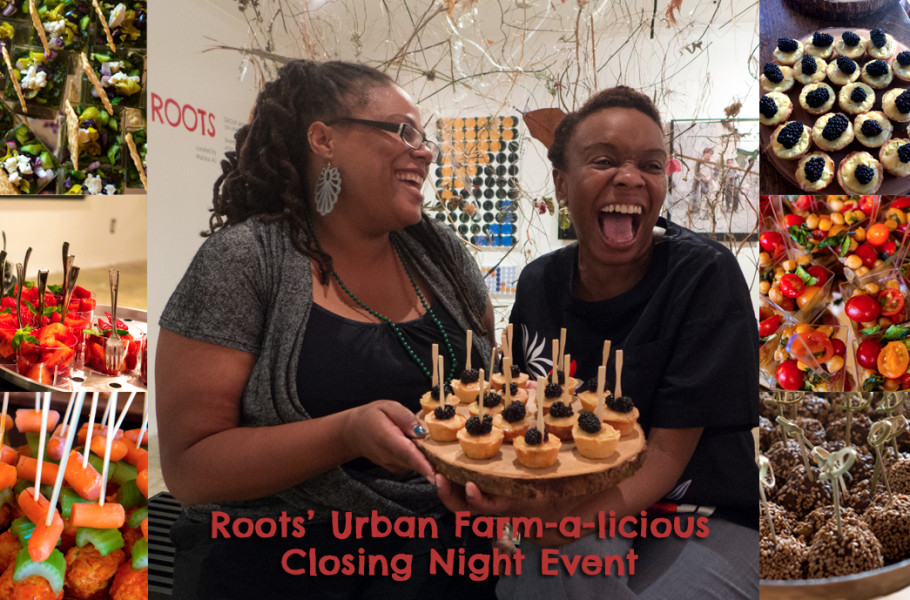 I have an amazing group of friends. We are all crazy, but that’s what makes us fun! At our wedding rehearsal last year I asked my sister, who is a by-the-book A-type personality, to come up with some games since neither me or my wife were having an official bachelorette party. She came up with a great slate of activities, but she was not prepared for my loud, boisterous, and highly competitive friends (I promise to tell you about one of our game nights real soon). Amidst the many voices asking questions, the laughter, and the charged energy, I looked around at my friends and smiled. I sort of felt bad for not preparing my sister, but as I looked around at the group that surrounded us on that day I thought, “This is my tribe.” 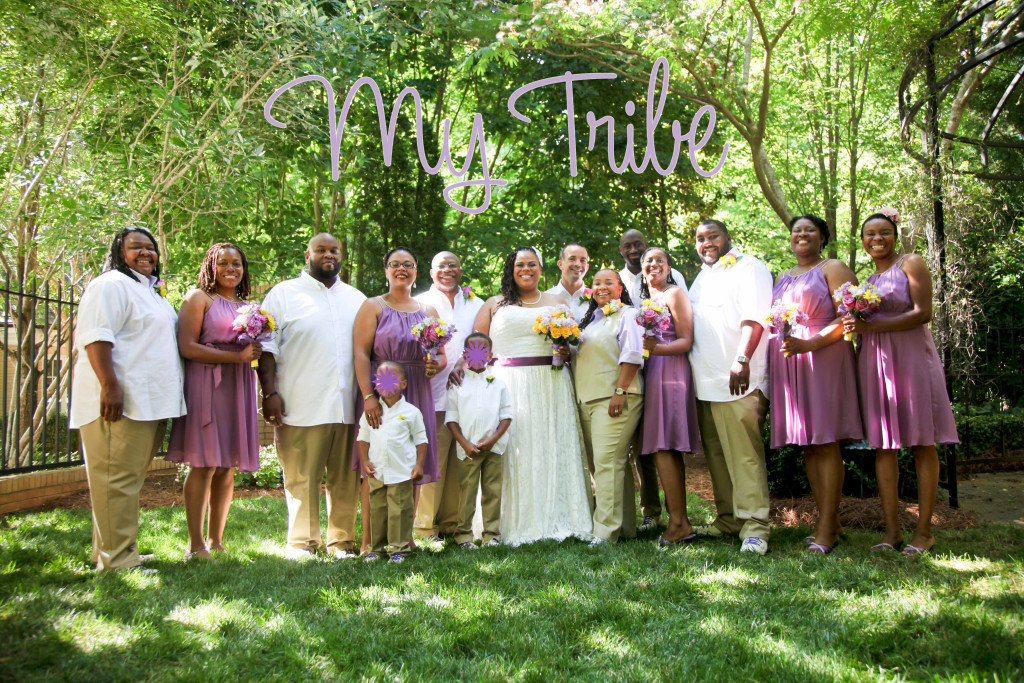 One of my loudest, most boisterous, and craziest friends in Malkia Ali Harding. She is also extremely talented, creative, daring, and innovative. She has a laugh that will startle you before fills your heart with joy. She’s spontaneous and honest; fearless and authentic. We met at the Sundance Film Festival seven years ago and in that time I have witnessed her finding her calling, refining that purpose, and putting it into practice.  A little over a year ago she started a gallery space on the ground floor of her house, appropriate called, On The Ground Floor. She has had a total of five shows in the space and each one has gotten better and better!

Here most recent show was called Roots and it featured seventeen global artists and their work that evoked our natural world, our native lands, our troubled families, and the forgotten. During each show Malika usually has a least three events; an opening night event, and open mic, and a closing night event. Malika approached me before the show and asked me if I would come to the closing night and do a some sort of food demonstration. It would be something fun for the space and it could be a soft launch for this very blog.

Now, I’ve had the pleasure to work with Malika before on a couple of film projects. I know that things can evolve and change. As a person who has many A-type personality traits of my own, I thought this would be a good time to practice going with the flow and patience. So, after thinking about it for a week, I signed on for the event. I decided to demo my legendary hummus dip and felt confident it would be a success.

But, as plans often do, things changed. While I was away at Spirit Rock for my week long silent meditation retreat (click here for that back story) our plan shifted wildly. Eventbrite had picked up the event and featured it as an event to go to in July in Los Angeles! An event we thought 10-20 people might attend all of a sudden ballooned to an RSVP list with 120 people. Hummus dip alone, would no longer do. Coincidentally, the day that Malika found out about the spike in numbers was also the day that I decided to expand the scope of my blog while meditating. I took this as a sign to forge ahead, even when one dish for 20 people grew to 5 dishes for 120.

Malika was committed to delivering farm fresh, high quality food to the guests and we came up with a delicious menu. On the night before the event I worked through the night prepping everything for the gallery’s closing night of the Roots show. After a 2 hour nap, I then put myself in overdrive to be ready for 7PM when the doors would open.

It was a lot of work, but I realized a few things. First, I did it and the attendees LOVED the food! I cooked for a 120 people and noted in my mental database that catering could be a Plan B. It was also fun to have a team of people in the final hours help me prep food and if I ever do it again, I’ll call them in much earlier. Second, I’m lucky to have friends who give me a push when they see me stalling. It is because of this event that this blog is here now! Shoot, it might have been another year before I got around to it. However, after talking to the guests about my plans, I felt a need to deliver. And finally, I will collaborate with Malika any day, our personalities and strengths compliment one another and I’m lucky that she and each one of my close friends exemplify a particular trait I’m trying to strengthen for myself.

Below is the menu. The dishes I made are featured on this blog and are marked with a star. All other dishes are the blog’s Pinterest page. 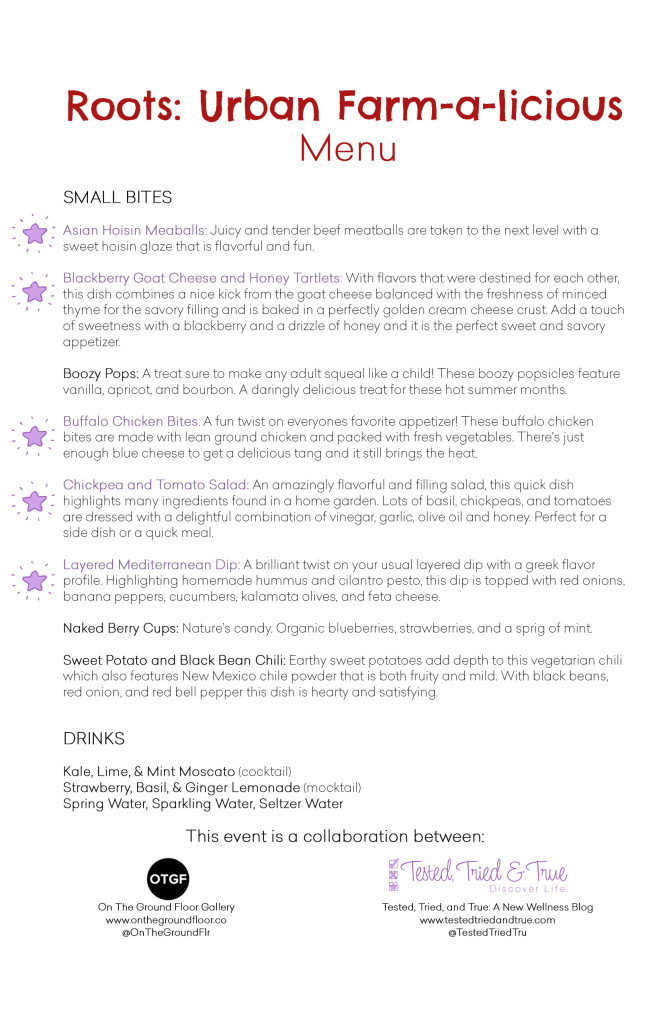