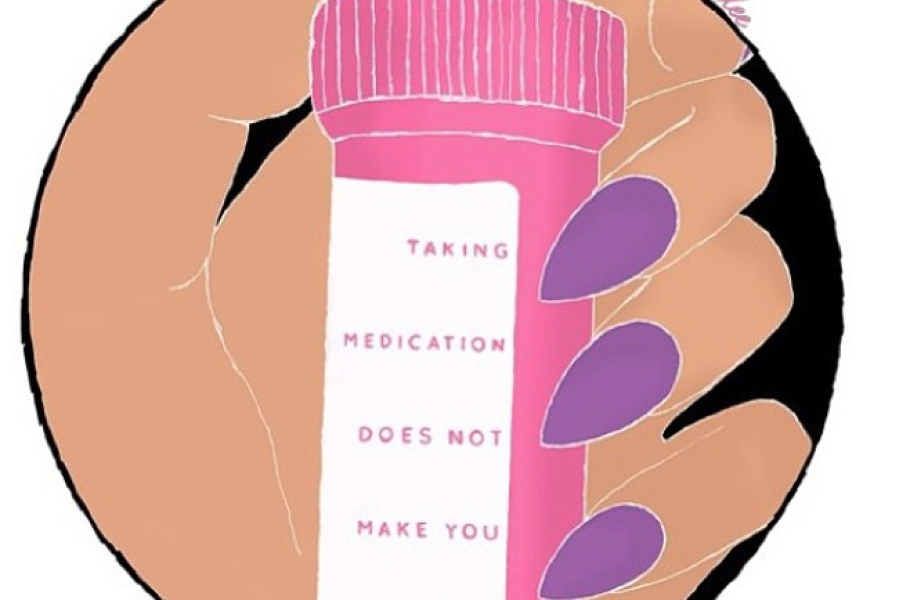 One of the reasons I decided to broaden the scope of this blog is because of the reaction to a post I wrote on Facebook.

With the picture above, I included the following text:

I’ve dealt with clinical depression since I was 14. I’ve been hospitalized for it (in and out patient) and I have always felt weak for having to take medicine for my depression. There is so much shame around mental illness when the fact is my body just doesn’t produce enough serotonin. It is like any other illness you take medicine for. My shame and thoughts of being weak have caused me to purposely stop taking my medicine, causing too many bouts of severe depression. I thought if I was strong I should be able to regulate my own mood. When I saw this post it lifted my heart in so many ways. It is time for the negative stigma around mental illnesses to be lifted. Also, for the record, I have learned in recent months that the medicine can’t cure all. Yoga, talk therapy, and more time in the sun increases the benefits for me. I’m ready to stop biting this hook and replaying this message in my head. So with this post I let it go. May others who need to hear this message find comfort in these words. #strength #transitions #LettingItGo
Oh yeah… Good Morning.

The response to this post was surprising. In addition to an outpouring of love and support from friends and family, I also got private emails from many thanking me for sharing. Some said they felt the same way, but felt ashamed to talk about it. Others reached out to talk about people close to them that were going through something similar. People who have known me my whole life expressed surprise that this is something I have been dealing with for decades. Others called concerned for my well-being, which was the most surprising because I felt like my post was positive and communicated that I was doing much much better.

Overall, I think the response to the post highlighted the stigma that still surrounds mental illnesses. Another friend “came out” as bi-polar recently and the fear and anxiety of sharing was palpable in his words. I would say a majority of people I know deal with depression, anxiety, or some other mental illness. However, there is still so much shame around taking medicine or seeing a talk therapist. It is only in coming out and being transparent about what we deal with that this will change.

My wife and I made a movie about mental illness and how it is treated for this very reason. We made the short for ITVS and it is called ANT. It stars Guillermo Diaz and Jason Dechert. Watch it here.